Australian sapphire prices are about to rise dramatically

Australia has had a reputation for top quality Sapphires for a long time. Sri Lankan and kashmir Sapphires take the prestigious top place for their beautiful quality sapphires but Australian sapphires have been popular to those in the know because of their deep blue colours and general good quality.Australian Sapphire Prices Are Set To Boom.

Australian supply of sapphires is small compared to many international gemstones. Many Australian mines have closed down since 1990 when more treated gems were marketed in Asia. The Australia Sapphire could not compete against the price of these treated stones.

Sapphire mines in Madagascar, who supply the majority of the worlds Sapphires, until 10 years ago have been exhausted and old stocks have already been sold. Production of Sapphire in this region is now limited

We are now at a cross roads where demand overtakes production. No large sapphire mines have been started and all countries including Brazil now have high environmental studies to complete before production. With current requirements it can take up to 5 years to bring new mine into production.

In 2015 Chinese buyers were strong but they have slowed down recently with strong Anti Corruption Policies being rolled out in China. This  lead to many rich Chinese having stopped or slowed down buying expensive items.

However with hundreds of millions of middle class now emerging from the farming sector it is obvious that demand pressures will build up rapidly for sapphires.

The bottom line is if you are thinking of having a custom sapphire ring made -do it sooner rather than later! 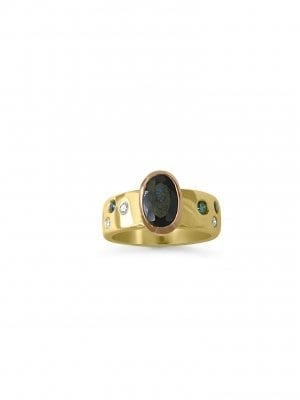 Debra Fallowfield makes custom jewellery to fall in love with … Crafting every piece entirely by hand..

Updates to our processes

We have officially relocated to the Sunshine Coast Hinterland, of Queensland, Australia. With this move comes some changes to our operation. The shopping cart function on our website is currently switched off. We may not be able to fulfill custom orders until we’re fully operational. We do however carry a large selection of work in stock ready to ship, so please still send us any enquires.

More on what this means for you

To keep up to date with our latest news, and events please sign up to our newsletter.