Hand engraved sterling silver
According to a story from the Bundjalung people a jealous husband threw his spear at the canoe of his wife and her lover. The canoe broke in two and sank to the bottom of the ocean. Only the back and the front of the boat stuck out of the water, creating a rock formation just 2.5 km off shore.
Julian Rocks, 2.5 km from Byron Bay’s shore Named by Captain Cook in 1776, Julian Rocks in Byron Bay consists of ancient sedimentary rock, remains of a volcanic eruption more than 20 million years ago. It is an extension of Cape Byron separated by water and forms a most unique marine reserve, providing shelter and food for more than 500 tropical and temperate fish species alone! 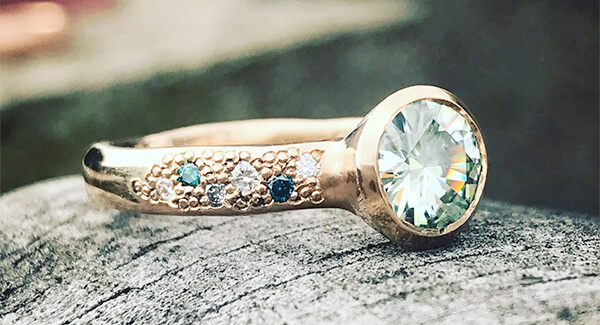 Debra Fallowfield makes custom jewellery to fall in love with … Crafting every piece entirely by hand..